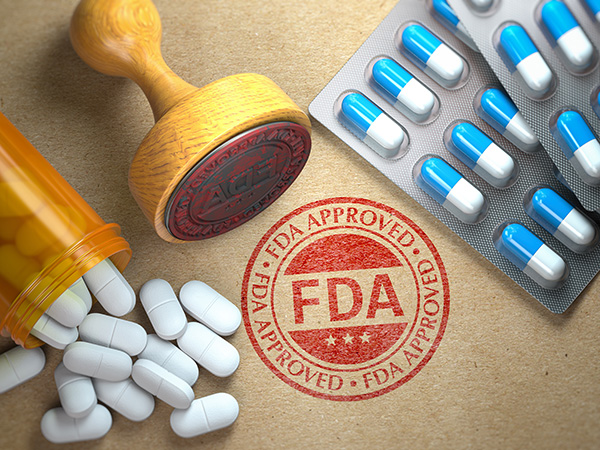 The first approval for a drug to treat Alzheimer's since 2003 has recently been introduced under the trademark Aduhelm™ by the US Food and Drug Administration (FDA). The drug, Aducanumab, is a therapeutic drug that clinically demonstrates a potential to delay further decline from Alzheimer's disease and is also the first FDA approval for a drug that does more than address the symptoms. This drug therapy can target the fundamental pathophysiology of Alzheimer's disease. In clinical studies, Aducanumab demonstrates an ability to remove amyloid plaque from the brain, delaying the disease's progression.

Multi-national pharmaceutical company Biogen (Corporate Headquarters Cambridge, MA International Headquarters in Baar, Switzerland) has been researching and developing approaches to treat Alzheimer's patients for over a decade, according to CEO Michel Vounatsos. The hope is this drug can help those diagnosed with the disease in its earlier stages and can quell the ever-increasing number of Americans suffering from the disease, a number that now stands at 6.2 million. While not a cure, Aduhelm™ is a significant advancement in the treatment of the disease. Further clinical testing must be done on people with more advanced cases of dementia to qualify its effectiveness.

To date, Alzheimer's disease is an irreversible, progressive brain disorder. The disease slowly attacks thinking and memory capabilities and is characterized by a build-up of amyloid plaque and neurofibrillary (tau) tangles resulting in the loss of neurons and connections. Aducanumab is the first drug to receive FDA approval that may slow the damage occurring in the brain.

The Effects of Aducanumab for Treat Alzheimer’s Disease

Like all drugs, Aduhelm™ comes with FDA warnings that include a host of side effects, many of which fall under the umbrella of amyloid-related imaging abnormalities (ARIA). ARIA can include vasogenic edema. Vasogenic is an extracellular fluid accumulation due to disruption of the blood-brain barrier and edema being swelling due to this fluid accumulation. Other more readily understood side-effects may include headache, diarrhea, fall, and altered mental status such as delirium/confusion/disorientation.

Because the FDA's approval of Aduhelm™ used the accelerated approval provisions, Biogen must conduct newly randomized, clinically controlled trials to verify the drug's benefit further. Should the drug fail in these trials, the FDA reserves the right to withdraw approval of the drug.

Understanding the Cost of Aducanumab

Biogen and its investors expect Aduhelm™ to generate billions of dollars in revenue for the company. Aducanumab's list price is 56,000 dollars per year. While some analysts expected the price range to be 10,000 to 25,000 dollars, Biogen defends its pricing model, citing billions spent in research to bring the drug to market. Pushback from patients regarding the cost of the drug gets lost in the typical "out-of-pocket cost to patients is health care coverage dependent." CEO Vounatsos also cites that Alzheimer's disease and other dementias cost the US more than 600 billion dollars annually and cost patients 500,000 per year. Insisting the time to "invest" in Alzheimer's drug therapy is now.

In a CNBC interview, Biogen's Vounatsos defends the drug pricing calling it "fair" as Biogen has experienced "two decades of no innovation" in research for Alzheimer's drug therapies until now. The CEO further elaborated, promising that the drug price of Aduhelm™ would not increase for the next four years. Biogen works closely with federal CMS programs, Medicare and Medicaid, and private medical insurance companies to keep patient out-of-pocket costs as reasonable as possible.

The FDA’s accelerated approval process and the exorbitant cost of Aduhelm™ seem to be overlooked as Alzheimer’s patient groups are desperate for treatments. Even before the drug's release, the NYT reports the FDA’s independent advisory committee and several prominent Alzheimer’s experts were not for greenlighting the drug last November. The independent FDA committee overwhelmingly voted against recommending the fast track approval saying, "data failed to demonstrate that aducanumab slowed cognitive decline."

Aducanumab may provide significant therapeutic advantages over existing treatments, but much is still to be understood. Alzheimer's is a devastating illness that destroys the lives of the people diagnosed with the disease and the families who love and care for them. The impact is physically, emotionally, and financially draining on many levels. Treating the underlying disease process of Alzheimer's with Aduhelm™ rather than just the symptoms is a promising step in eradicating the disease.

If you or a family member has dementia and would like to discuss how this may affect your estate plan (or if you need to create an estate plan), please give us a call. We’d be honored to help. For more information and further inquiries about your personal situation, please contact our office at 302.651.0113.