The Evils of Jointly-Held Property 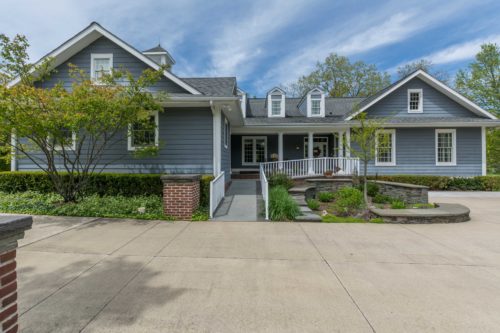 Very often we get potential clients who either have added children or others to their property, frequently real estate, because, “that is what you do, right?” More often than not the answer is “wrong!” There are a lot of problems with jointly-held property.

First, you lose control over what used to be your property. Now if you want to sell it, you need someone else’s permission. You cannot just sell it yourself. As show below, you cannot necessarily force someone off the deed either.

Second, we all have liabilities that we carry. We drive cars with the risk of accidents and law suits. We are in business or in the work force. We pay or owe taxes. We get married and divorced. We all have credit card and other debt. We may have obligations to support relatives. If we add an owner to our property, the liabilities of that person attach to the property. Potentially any judgment or claim of another can attach to the joint property.

Joint Tenancy with Right of Survivorship is not favored in Delaware. In the event of any doubt regarding the tenancy, it will be presumed to be Tenants in Common (TIC), rather than JTWROS. To create a JTWROS deed requires unity to time, title, interest, and possession. Bothe v. Dennie, 324 A.2d 784 (Del. Super. 1974). Unity of interest requires that the fractional interest must be identical. The deed must expressly convey “to be held as joint tenants and not as tenants in common.”

The mother and daughter default to tenants in common after the sale of the real estate. If there is no evidence to rebut the presumption of equal ownership, 50% of the proceeds go into the guardianship account and 50% belong to the daughter.

"The Chancery Court has used its equitable powers to impose a resulting trust in the context of jointly held bank accounts (where legal title is unambiguous), namely where: (1) a depositor created a joint account for purposes of convenience; (2) the depositor subsequently executed a will; and (3) the will would be nearly meaningless if the jointly held property did not constitute part of the estate." Estate of Simmons v. Deramus, 1, 11 (Del. Ch. 2016).

It may be possible to have all of the proceeds to the mother if it can be proven that the daughter was listed on the deed only as a matter of convenience. Thus, declaring the mother the sole owner.

An actual case is Korn v. Korn, (Del. Ch. 2015). A husband and wife (Mrs. Korn) owned a condo – jointly with right of survivorship. The husband died and wife solely owned condo. Mrs. Korn directed her attorney to transfer title to her and her son (Richard). Mrs. Korn and Richard had a falling out and Mrs. Korn wanted to be the sole owner of the condo. Mrs. Korn, through a straw-man transaction, severed the joint tenancy. Mrs. Korn argued that the ownership was more of convenience and not a true gift to her son.

The court concluded that if the deed unambiguously demonstrates the intent of the mother to create a joint tenancy, absent clear and convincing evidence to the contrary, the court will deem the real property was held as joint tenants with the right of survivorship. Once the real property was sold the joint tenancy between the mother and child was severed and they became tenants in common for the purposes of distributing the proceeds of the sale.

If there is no evidence to rebut the presumption of equal ownership, 50% of the proceeds go to the child and 50% belong to the mother. It may be possible to have all of the proceeds to the mother if it can be proven that the child was listed on the deed only as a matter of convenience. Thus, declaring the mother the sole owner. But that did not happen in the Korn case. Mother lost half the value of her condo.