How and Why to Direct Disposition of Your Last Remains 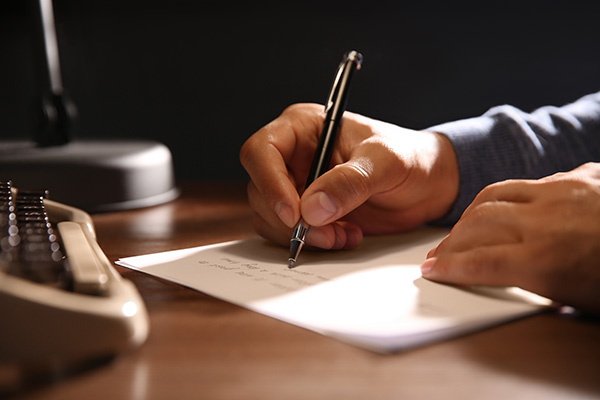 A proper estate plan should provide control and protection of your property both during your lifetime and upon your death. In planning for your death, you should consider, and communicate to your family, your choices as to the disposition of your last remains (including burial or cremation), ceremonial arrangements, and who may direct these matters after your death.

How to direct disposition of your last remains and ceremonial arrangements varies by state and by practice. A Will is not the best document in which to direct disposition, as often the family does not consult the Will immediately after death which is when funeral arrangements are being made. A direction in a Health Care Directive problematic as an agent’s authority under a health care directive terminates at death. A direction in a trust is problematic as a trust only controls trust assets, not your human body.

In Delaware, our statute at 12 Del. C. Chapter 2, Subchapter III, Disposition of a Person’s Last Remains, allows a standalone document called a “Declaration Instrument” to provide these directions without the pitfalls noted above. The Declaration must be in a writing signed and dated by the declarant, and governs the disposition of the person’s last remains and the ceremonies planned after a declarant’s death. 12 Del. C. § 260(3). The Declaration may be in substantially the form provided as a standalone document in the statute at 12 Del. C. § 265, or it may be made within a prepaid funeral, burial, or cremation contract with a mortuary or crematorium. 12 Del. C. § 260(3).

The declarant may specify, in a declaration instrument, any one or more of the following:

In 12 Del. C. § 264(a), the Delaware statute provides a clear list of who may direct the disposition of your last remains and ceremonial arrangements after your death, in the following order:

“(1) The decedent if acting through a declaration instrument;

(4) A majority of the surviving adult children of the decedent whose whereabouts are reasonably ascertainable;

(5) The surviving parents or legal guardians of the decedent whose whereabouts are reasonably ascertainable;

(6) A majority of the surviving adult siblings of the decedent whose whereabouts are reasonably ascertainable;

(7) The person in the classes of the next degree of kinship, in descending order, under the laws of descent and distribution to inherit the estate of the decedent. If there is more than 1 person of the same degree, any person of that degree may exercise the right of disposition;

(9) The public administrator for the decedent’s estate.”

The statute provides rules for when multiple persons must agree – a matter than can be complicated due to human nature.

To exercise the right to control final disposition pursuant to paragraph (a)(5) of this section, the majority of parents and guardians shall act in writing. 12 Del. C. § 265(b).

And if the assent of multiple persons under paragraph (a)(4), (a)(5), or (a)(6) of this section cannot be obtained, a final judgment of the Chancery Court of the county of the decedent’s residence is required and must be consistent with the decedent’s last wishes to the extent they are reasonable under the circumstances. 12 Del. C. § 265(c).

Family disputes do arise regarding these matters post-death. That is why communication during life and a declaration instrument often avoid post-death discord.

Section 265 provides a form that can be used verbatim, with fillable blanks for disposition of remains (such as burial, cremation, entombment, other, or as designated by a named individual) and as to ceremonial arrangements (including who may make such decisions). There is a space for special instructions. There is a limitation paragraph about third parties only must carry out the directions if “reasonable under the circumstances” which take into account size of the estate, cultural or family customs, religions or spiritual beliefs, known creditors of the declarant, and the declarant’s financial situation prior to death. The instrument may be revoked or amended in writing an at any time, but revocation is not effective as to a third party until learning of the revocation. The declarant’s estate indemnifies any third party for costs incurred as a result of claims against the third party because of good faith reliance on the declaration. The form permits anatomical gifts.

Unless otherwise provided in a declaration instrument, a subsequent divorce, annulment or legal separation between the declarant and spouse automatically revokes a delegation to the declarant’s spouse to direct the disposition or ceremonies after the declarant’s death. 12 Del. C. § 268.

Heretofore this article has examined this issue from the perspective of the declarant wanting to express his or her wishes to avoid conflict among family members and to ensure his or her wishes are carried out.

Another perspective is to ask what happens if the decedent’s written declared wishes are not carried out by the designated person, or if the decedent’s remains are mishandled by a third party such as the funeral home or hospital. Who has standing to sue, and what would be the cause of action?

One class of persons who have standing to sue are the persons named in 12 Del. C. § 264. “In Delaware, the right to bury a relative is defined by the statute which governs the rights relating to the disposition of a decedent’s last remains. Under the statute, the right to bury a decedent, or otherwise dispose of their last remains, belongs to the person, or persons, who have the first right under the statute.” Gerstley v. Mayer, C.A. No. N12C-10-126 EMD, at p. 7 (Del. Super. Feb. 11, 2015). Upon a proper showing of intent, a broader class of family also has standing to sue under Delaware tort common law for such claims as mishandling or mistreatment of a corpse or improper disposition of remains. Id at pp. 7-9.

As you can see, as with so many matters in life, proper research, reflection, counseling, communication, and written planning are key to ensuring smooth disposition of your final remains and ceremonial arrangements. We are versed in these issues and specially equipped to help you address them as part of your complete estate plan.