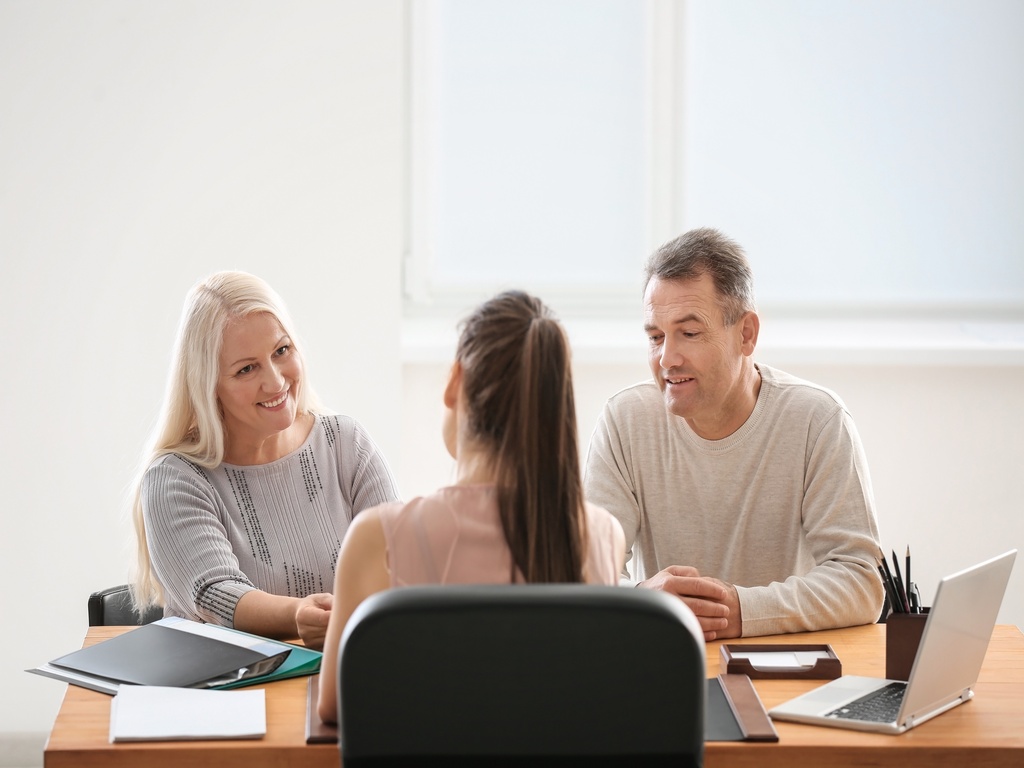 Recent cases from across the country illustrate how exciting these ordinarily mundane matters can become.

Due Process violation in Florida against Spouse

After she had a stroke, George Leposky's wife moved to an assisted living facility. Thereafter, she filed for divorce. George's response was to ask the court to declare her to be incapacitated, which it did, appointing a limited guardian for her. The limited guardian sought and was granted a temporary injunction freezing several of George's bank accounts, arguing that George had transferred funds from joint accounts into his sole name. At the hearing on the injunction, his attorney made some arguments, but George was not allowed to testify or present evidence. The judge informed him that it was not an evidentiary hearing. The court granted the order in an oral ruling from the bench. On appeal, the court agreed with George that the lower court made no findings on any of the four parts of the test for a temporary injunction. In addition, the court did not require a bond. Finally, the lower court violated George's due process rights when it refused to allow him to testify or present evidence.

Christine Vanderford developed a close relationship with J.R.K. and her family through her representation of the family in establishing J.R.K.'s guardianship and drafting a self-settled special needs trust to protect an inheritance J.R.K. received. Following the death of J.R.K.'s mother, Christine became a co-guardian, along with J.R.K.'s stepfather; the trust was amended to name Christine as a co-trustee. The group home where J.R.K. was living raised concerns when they noticed a decrease in the value of J.R.K.'s accounts and called Adult Protective Services (APS). Following an investigation, APS turned the matter over to the police who brought charges of exploitation of a vulnerable adult and theft against Christine. Among the allegations were that Christine paid herself fees of over $65,000 without court approval. She waived her right to a jury trial and was convicted and sentenced to five years of probation. On appeal, Christine argued that the lower court failed to make sufficient conclusions of law when rendering the verdict and that the evidence presented against her proved neither that the transactions were unauthorized, nor that Christine had the intent for a breach of fiduciary duty to rise to the level of criminal exploitation. The appellate court upheld the conviction, finding that her act of knowingly misappropriating the assets of a protected person proved sufficient criminal intent to warrant a criminal conviction.

This unusual opinion consolidated two cases, both involving guardianships established for victims of car accidents and Michigan's no-fault insurance system. At issue in each case was how the court-appointed guardian used members of his law firm staff to provide certain services, such as coordinating medical appointments and paying bills. When the insurance companies were invoiced for the services, they refused to pay, arguing that the services were not provided by the guardians themselves. Under Michigan's guardianship statutes, a guardian may delegate their powers for up to 180 days in writing. Because the guardian in these cases did not formally delegate his duties, the insurance company argued that the services were not part of the guardianship. The appellate court made a distinction between a guardian's duties and a guardian's powers. The statute governs the delegation of powers, which are the responsibilities for the care of the protected person and the control over the protected person and their assets. A guardian’s duty to undertake actions to carry out those powers are separate from the duties. The court makes it clear that actions can be delegated as long as the actions do not "alter the rights, duties, liabilities, or other legal relations" of the protected person. In one of the two cases, the court found that the delegations were appropriate. In the other case, there were issues of fact as to the delegations that need to be determined by the lower court.

In Delaware, the result would likely be the same, but for slightly different reasons, since Delaware’s guardianship statute is different than Michigan’s. In Delaware the guardian may hire professionals on behalf of the person with a disability. 39 De. C. § 3921. It is contemplated that the guardian will use others with specific expertise to discharge the duties of the guardian, without releasing the guardian from the responsibility. 12 Del. C. § 3922.